Welcome to the urban jungle where all the cool kids in Cape Town like to play.

KONG Bar & Grill opened its vibrant doors in the super trendy neighbourhood – de Waterkant. I was invited to the official opening launch and instantly felt surrounded with vibrant vibes thanks to the amazing decor and never ending options to guarantee a good time including the downstairs restaurant and bar, the upstairs dance floor with DJ booth, two pool rooms, a lekker outside patio and gorgeous backdrops to choose from to secure the perfect snap for Instagram. 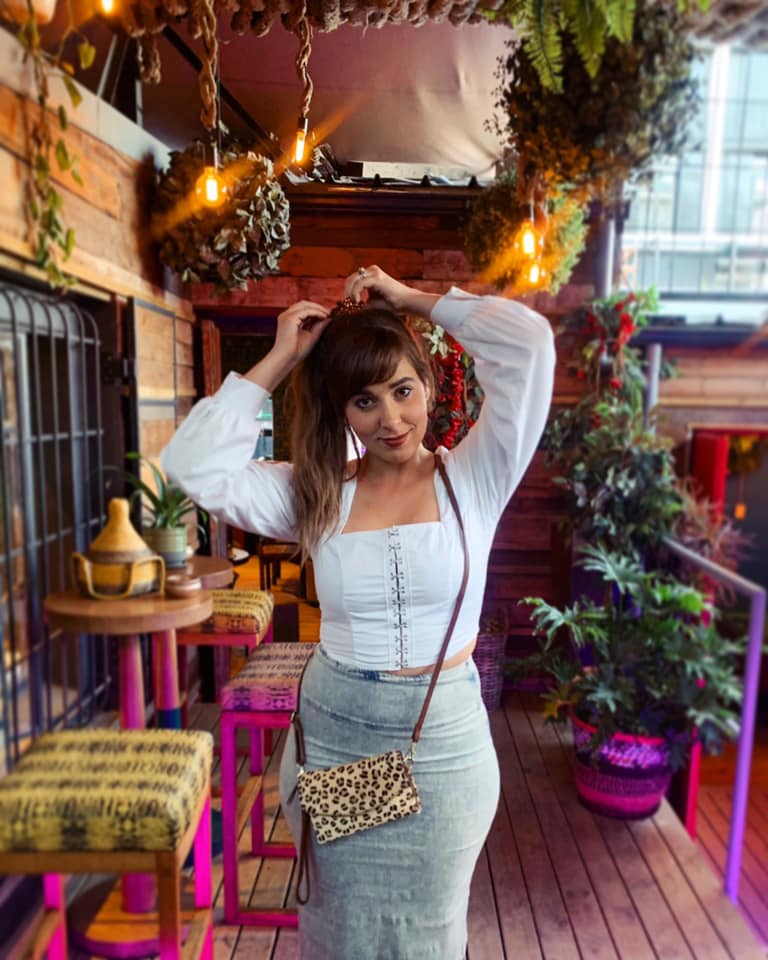 Every ocassion deserves a celebration.

KONG spoils you with the full 360 entertainment experience – from watching the World Cup Rugby enjoying the R95 burger, chips and beer special to their popular Thursday night parties where ladies can enjoy free bubbly between 8-9pm.

If you want to enjoy a romantic dinner like my husband and I did, head  downstairs and indulge in beautifully prepared European and Asian inspired dishes to set the mood. 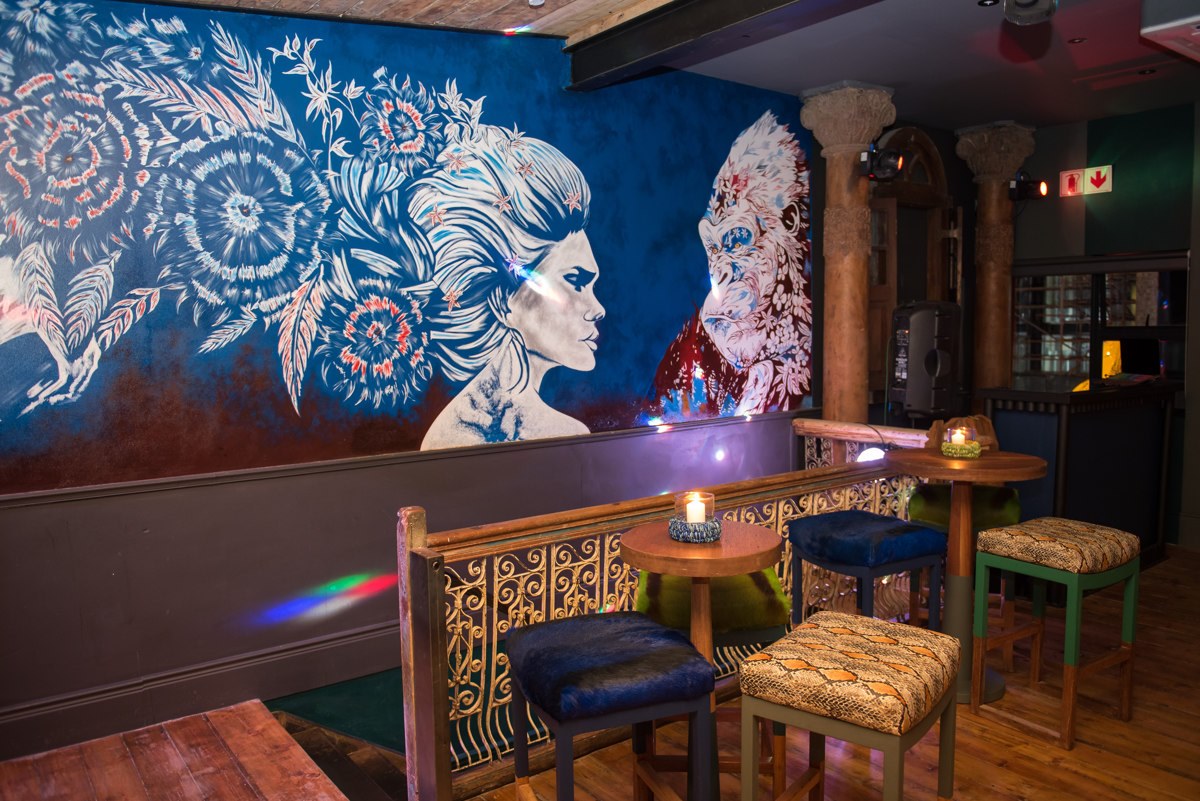 Their menu is very reasonable priced and they cater for everyone’s taste. Choose between your favourite burger, grilled steaks, gourmet salads, seafood or variety of tapas. For starters my hubby ordered Jalapeno Chilli Poppers (R60) and I went for  the Sticky grilled chicken wings (R67).

For mains I just couldn’t say ‘no’ to aged rump (R135 for 250g) while hubby went for the classic beef burger (R95). We shared dessert which was almost too pretty to eat – Coconut and Thyme Panna Cotta (R65). 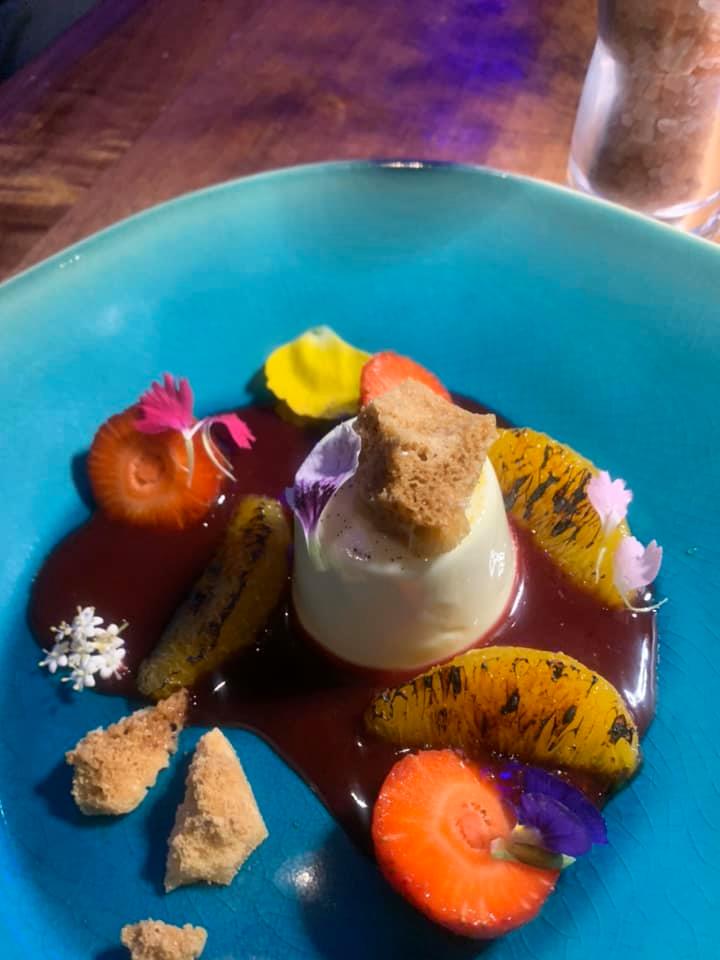 KONG Bar & Grill is definitely one of my new favourite hangout spots and if you want to have the same experience, please see more info below. 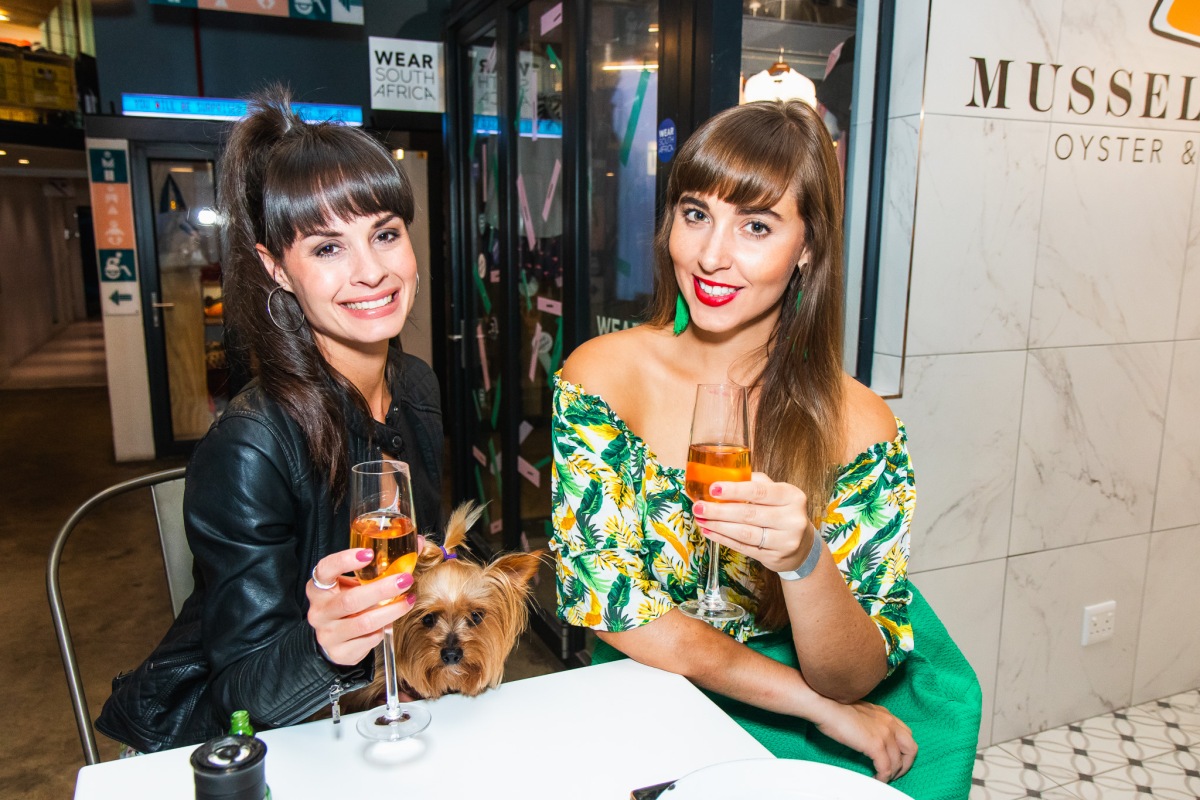 But first, what did the one oyster say to the other oyster? Nice mussels!

The Mussel Monger & Oyster Bar spiced up their store at the Mojo Market in Sea Point. 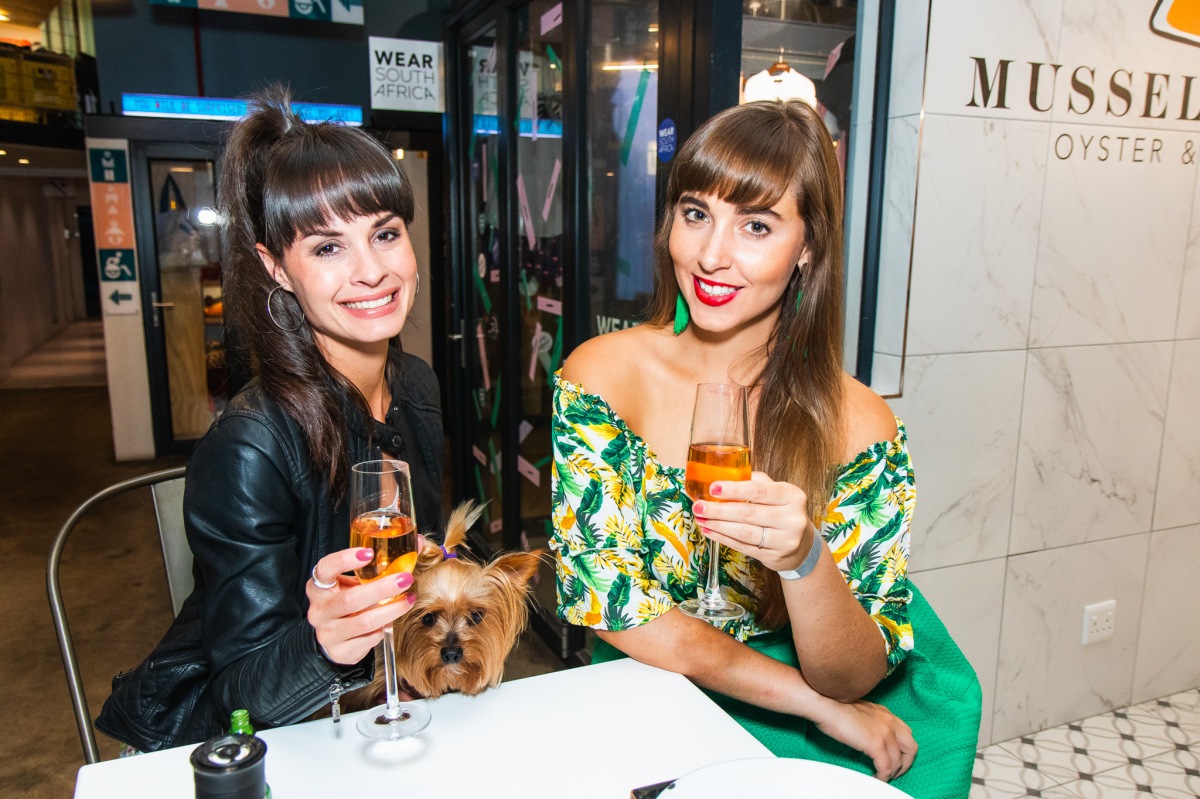 One of my favourite spots in Sea Point is the local Mojo Market. From their famous pulled pork to their signature pizzas and the live music happening daily – you can never go wrong.

Recently, The Mussel Monger & Oyster Bar renovated and expanded their trendy space at the market which is open seven days a week from 10:30am to 10pm, catering to all the seafoodies in the Mother City.

But let’s talk about the owner for a sec. What a cool and inspiring guy… Kyle Dods has sold over 400 000 oysters and over 20 tons of mussels to date.  Imagine when he reaches the half million mark! #MORECELEBRATIONS

Sourced from Saldanha Bay, the freshly farmed produce gets its uniqueness from the quality of water in the region and is known for some of the world’s best oysters and mussels. “We supply Capetonians with some the best produce in the world and it is time for all to know this,” says Kyle. Fact.

Kyle sources directly from key ocean farm partnerships in the West Coast town of Saldanha Bay, where 90% of all oysters and 100% of all mussels in the country, are sourced.

Ummm, so what makes them extra special?

Their oysters are stored in a huge submersible tank, which pumps sea water through so that the oysters are filtering themselves right until they are shucked and served. Every morning the mussels and oysters are harvested and delivered to the outlets, daily. 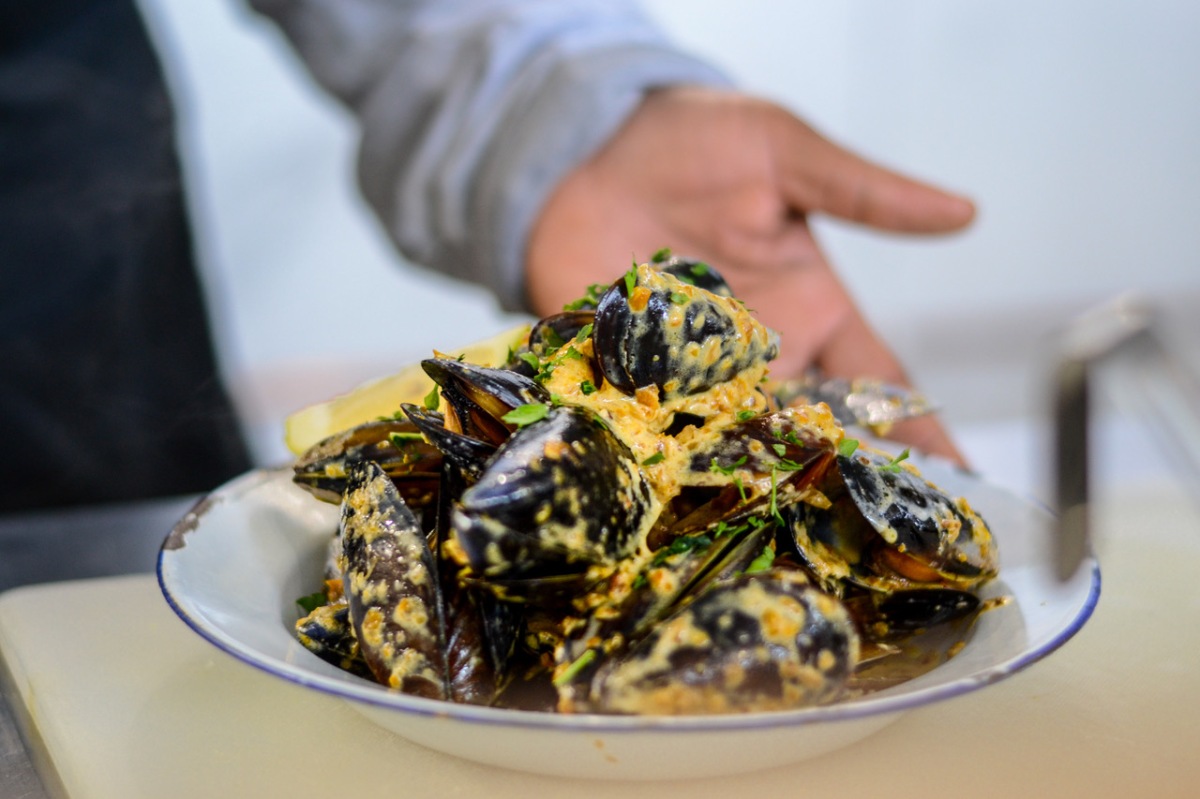 Kyle also insists on serving large oysters, which are ‘plump, meaty, sweet and a delicious mouthful’ with very little fuss.

“There’s truly nothing like cracking open an oyster, seeing the sea water burst out of it, and enjoying it, the way nature intended.”  Kyle, owner

I don’t understand why friends still feel the need to compete with friends. Why do you have to be better, richer and skinnier? This is not the Olympics and you will definitely not be handed a golden medal if that’s your goal.

This year taught me more about friendship – are you the ‘friend’ or are you the ‘ship’ that sails away when things get tough? Do you check in with your girl when she’s going through a tough time even though it looks like she’s got everything together? Newsflash – she doesn’t.

So, it’s not a FBI secret that I got really sick this year and ended up in hospital in September. I got booked off for another three months and still have to take a little handful of medication to get better which I don’t like, because weight gain and stuff…

BUT I’ve realised over the last few months that it really doesn’t matter what you weigh or what you wear… health always come first and although I don’t feel 100% comfortable in my body just yet, I’ve never been healthier. Some days are still tough and I’m not embarrassed to admit that, but let’s be real… no one likes to share their struggles on Instagram so in general people think I’m living my best life right now. Debatable.

Anyways, while being at my weakest I’ve learned to open up more towards my closest friends and the response was the opposite I thought I would receive.

Support, support, support! I thought that they would see me as ‘failure’ in their eyes, but it was literally the opposite. Never have I received so many messages from friends, ex-colleagues and strangers on social media saying that they are proud of me for being just a ‘real person’ speaking about ‘very real issues’.

Why shouldn’t it be okay to not be okay? I feel that there’s a huge lack of mental health support on social media and that we NEED more influencers/ real people speaking up about it.

Unfortunately one or two people I really care(d) about didn’t really care to check in with me, but that’s okay too, because the only ship I will be sailing in 2019 is a 5-star yacht and it will be by invite only.

PS. I did a impromptu shoot with one of my best friends, Listelle, recently at one of my favourite local hangout spots in Sea Point -Strolla.  Thank you Listellie for just being you, just having a way to always make me laugh and leaving my heart a little warmer. 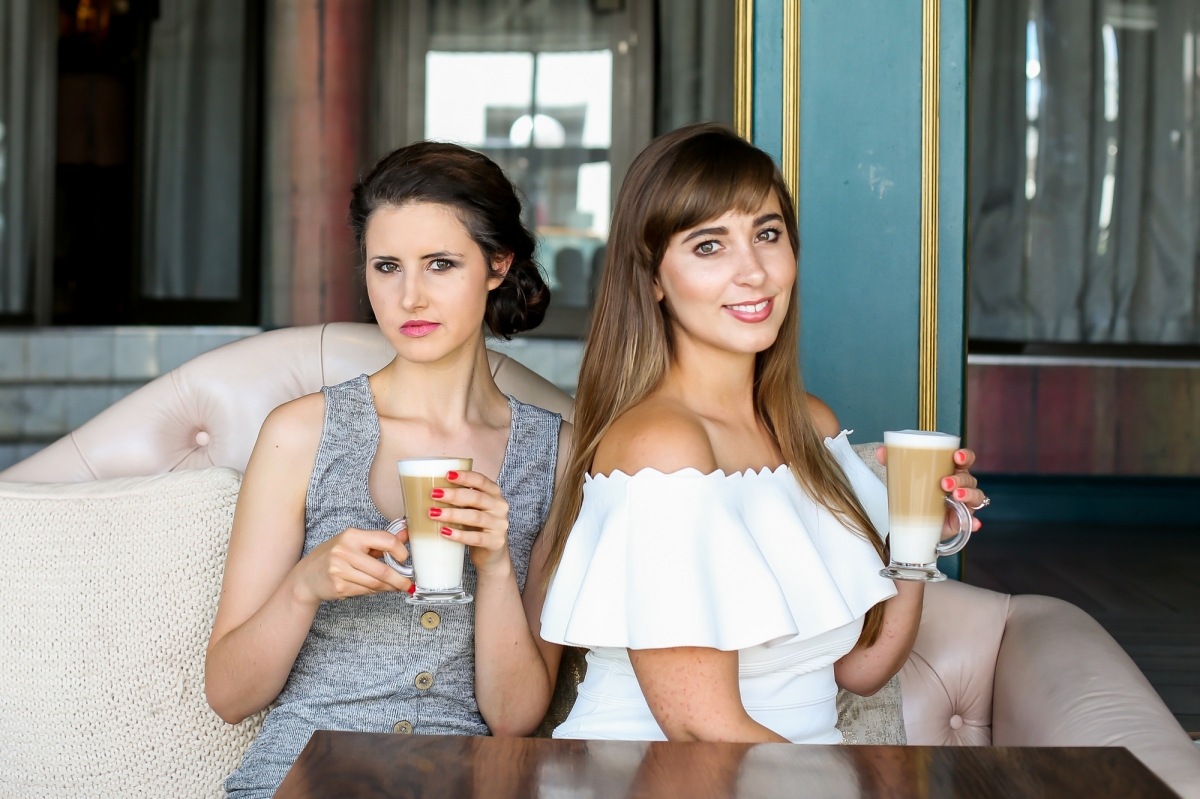 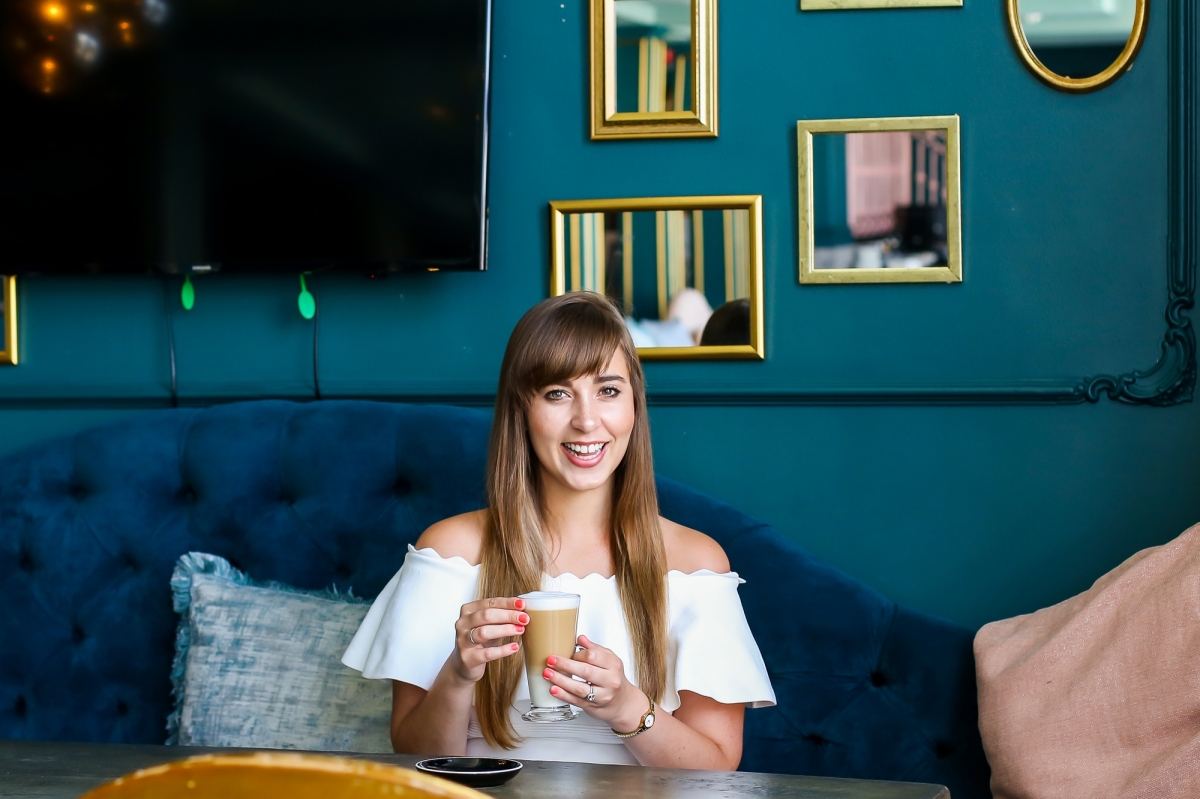 Sevruga Restaurant at the V&A Waterfront in Cape Town has relaunched with a fresh new look just in time for the festive season.

I arrived at the official launch event just as the sun set over the azure waters between luxury yachts with a glimpse of Table Mountain in the background that I almost felt like typing #blessedlife in my first social media post – the location is really that perfect!

The mood is perfect for a romantic dinner or brunch with the girls. Green colour schemes and tropical prints are more prominent indoors and converts to more lighter and feminine touches when you step outside to the open air dining area.

My favourite piece of furniture decor was the pineapple chair! A few of the bloggers attending the event, all had a moment when they saw these beauties and I made a vow to myself that I will come back to take the perfect Instagram photo of me on that chair holding my morning cappuccino… shhh! Don’t tell anyone my idea just yet.

“A fresh approach is the only approach, you won’t find any frozen items on Sevruga’s menu” Mike Townsend, new owner.

Seafood and sushi remain popular choices on the brand new menu and new items to look out for and indulge in include a starter of seared scallops served with cauliflower puree, crème fraiche, anchovy, caper berries and salmon roe; a main meal of pan fried prawns with garlic, chilli, lemon, parsley, smoked paprika aioli and your choice of hand cut chips or rice pilaf. I have a feeling that their poke bowls are also going to be a crowd favourite!

But let’s not forget about dessert – you can never go wrong with a classic crème brûleè served with boudoir biscuit and fresh berries. Almost too gorgeous to eat, but an absolute feast for your taste buds.

“We have put together a team of the best staff Michael have worked with in the industry, including procurement, in-house design, graphic design, marketing, social media, kitchen operations, chefs, HR, admin, and front of house training in food and beverages. We cannot wait to share this incredible restaurant!” adds Townsend.

Visit Sevruga Restaurant to make your booking online and follow them on Instagram for their latest updates and specials.